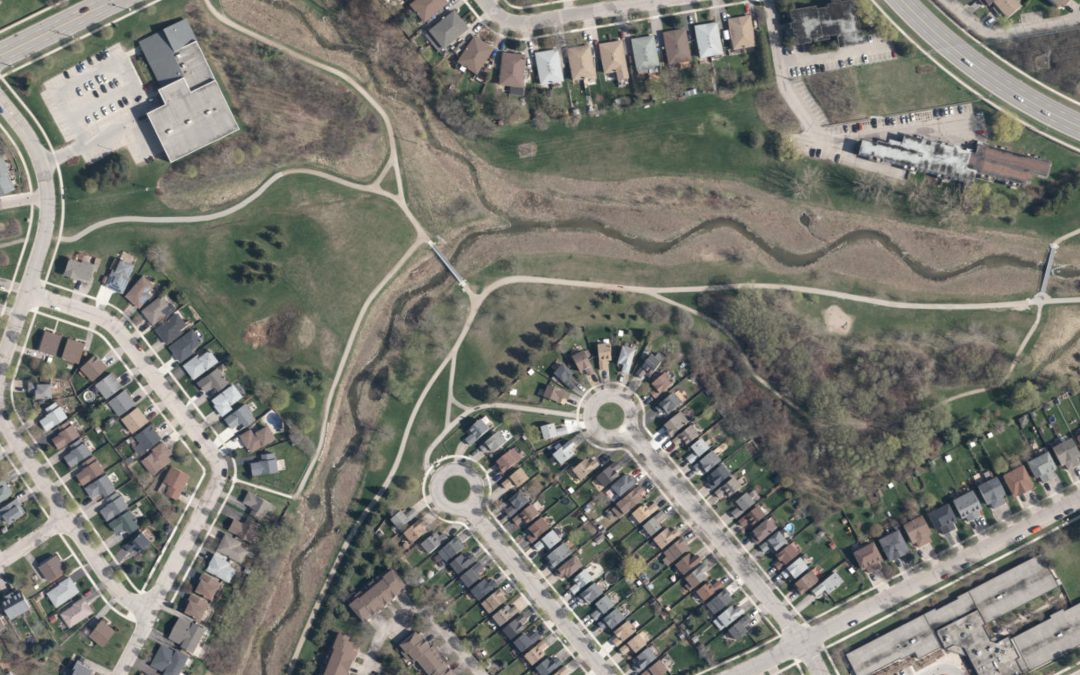 Similar to all municipalities across Canada, up until the 1990’s the City of Kitchener piped, straightened and channelized many of its streams to convey stormwater away from developed areas as quickly as possible. This was a common flood risk mitigation strategy, unfortunately this was not an approach that considered the holistic impacts to the environment, and in particular, to the resident fish populations. Since the implementation of Canada’s first impervious area rate-based Stormwater Utility in 2010, the strategy for managing stormwater runoff has significantly evolved in Kitchener.

In 2016, City Council approved Kitchener’s Integrated Stormwater Management Master Plan which includes the restoration of approximately 20 streams. These projects are primarily driven by the need to protect critical infrastructure (e.g. sanitary trunk sewers, watermains) that have been exposed due to natural erosion processes over time. However, in the process of building protection for these critical services, the City is applying natural channel design principles which includes consideration for creating natural habitat for native fish species. To date, the City has completed three projects, each of which have restored a significant amount fish habitat. Using these projects, the City established the first Habitat Bank in Canada through an arrangement with the Federal Department of Fisheries and Oceans. The City of Kitchener was assisted in its efforts to establish the Habitat Bank by a number of consulting firms, including 5 Smooth Stones Restoration.

To date (2020), the City has implemented three projects, which have mitigated flooding risks, protected critical infrastructure, improved water quality and restored more than 14,000 square metres of fish habitat. Efforts to continuously improve fish habitat in Kitchener are ongoing, and additional projects are planned to be implemented, including the naturalization of several concrete lined channels in Strasburg Creek, which once supported Brook Trout. 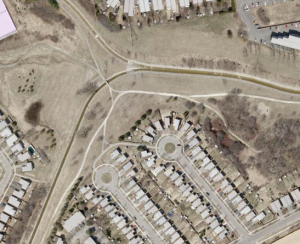 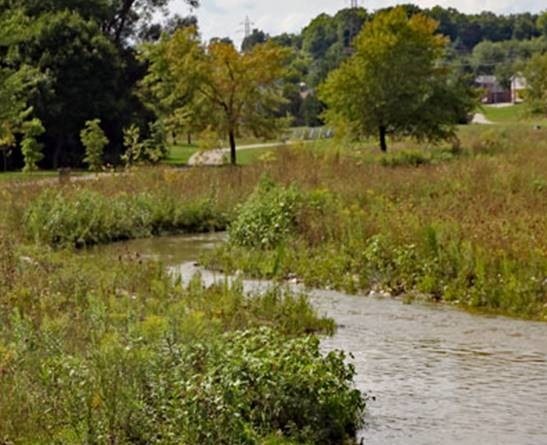